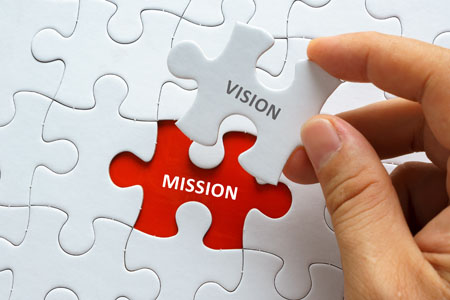 IT Companies: When the Cloud Revolutionizes Services

If the Cloud unquestionably responds in an innovative and effective way to a continuous enrichment of the many features it offers us, combined with an efficient business model, what about the services offered by the IT Service Companies to operate them?

Between the mechanisms specific to the Cloud model, the evolving customer needs and employees who aspire to other modes of operation, the IT Service Companies are facing the risk of disappearing from the necessary revolution of their processes and their business model, and to the redefining the human being at work as part of an extended enterprise.

An increase in functional richness thanks to the Cloud

Who would have bet this, in view of the resistances especially related to the data security, that the Cloud model would impose itself so quickly in France and all over the World.

An adoption facilitated by:

So we live, it seems, a great time, with at our disposal rich features usable on various devices, from all places and at any time, and offering us in addition continuous improvements, for a known set price.

At the same time, we are seeing some very significant new developments:

Which does not mean, as we will see later, that we cannot engage with more relevance than in the past, when the majority of IT Service Companies respond by simply proposing technical assistance

With employees whose aspirations change

At the same time, we are also seeing the appetite of young, or not so young, engineers to want to be free of their choices and their missions, thus leading them to freelance functions rather than salaried positions, with, without doubt, some financial advantages. but with the disadvantages of low participation in social life and difficulty in projecting teamwork.

A team work that on the other hand seems to us to be the alpha and the omega of the practices of our jobs which become more complex and do not allow in any way to a consultant alone to be able to claim to Master a platform such as Office 365 as a whole.

Just define the ideal profile of an Office 365 technical architect to realize that unless you are a mutant with many brains and a work force that allows you to work and at the same time to analyze and to continuously absorb the hundreds of annual evolutions of the product and all related third-party products, there is no salvation out of teamwork.

Cloud platforms respond to necessary changes, but do not always respect the Human

Another important observation of our time is the emergence of Cloud working platforms, which are supposed to accompany the transformation of our service supplies.

Apart from marketplaces bringing closer customer requests and offers provided by IT Service Companies, the majority of them are addressed exclusively to Freelancers.

Many of them release the Freelancers from the “administrative” aspects of their work, but they are often limited to a more or less sophisticated relationship between the client and the supplier.

For others it is a question of proposing to carry out often low value added tasks, and to propose them “on the fly” to a multitude of actors able to execute them.

In any case, the current emerging models are mostly exclusively economic models that could be described as hyper capitalist as the human seems to be only a variable of adjustment of the production, these platforms being concerned at best to ensure that a task is adapted technically and financially on demand, and to monitor customer satisfaction.

The human at work is only perceived on his dimensions of punctual know-how and financial adaptation, and in no way seen as a social actor.

IT Service Companies with practices of another age

And during this time the IT Service Companies continue for the most part to function as before the advent of the Cloud, and are very far, for the vast majority of them, to have understood, integrated, and began to support the necessary change to operate in their habits and ways of doing things that date back to “another century”.

As if nothing was to change, they continue to reason in terms of:

o The external consultant who operates services is almost considered an employee of the client, who contributes greatly to providing and organizing his work. Comfortable position for IT Service Companies but which makes it very difficult to adapt responsively and flexibly the necessary and sufficient production capacities to optimally respond to the upward or downward variation in users’ demands for unpredictable service, while only billing what is actually consumed.

o To respond to a given need, call on a “knowledgeable” consultant, rather than an extensive team, who would know how to divide the problems to be addressed and assign them to the experts for resolution. It is however an imperative in the Cloud model, where the great functional wealth and its continuous evolution, makes it impossible for a consultant to master all the necessary knowledge

With a few exceptions for well-defined projects, these two intervention models are both unsuitable for Cloud solutions, and only one On Demand service is suitable in all other cases: This consists of responding to demand and billing accordingly a service to provide, by designating in an extended community, the consultant or consultants best suited to treat it, with the certainty that one pays only what one consumes. This model is in fact a succession of mini-commitments made on demand.

The Cloud will become what it needs to be: A product on demand with a service on demand. Paying only what you use finally becomes totally possible.

eCom CS: An Extended Enterprise operated through a CoFactory

The path will probably be long, and eCom Cs has been going since 2015 to transform itself especially on the service offering around Microsoft Office 365.

Our methodological approach of services is called OnWay and the CoFactory, term which we use to designate the concept of platform Cloud which it seemed us necessary to build to operate it, was called OnTime.

Based on the notion of extended enterprise, a CoFactory is a Cloud working platform, operated by a community of employees but also freelancers, which allows for a customer and for a given product:

Beyond all the mechanisms for receiving, distributing and supplying our customers’ requests, a CoFactory provides the extended community (employees and self-employed) with the devices and tools necessary to:

This concept of CoFactory based on the notion of extended enterprise, is the only one to allow, faced with the new challenges induced by the Cloud model, to respond with the greatest relevance and responsiveness: